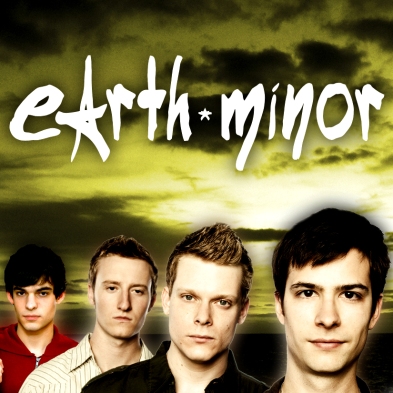 For the past decade and a half, NYC musician Harrison Young has been a fixture in the underground electronic rock scene of New York City, while touring and recording with artists in many other genres.  His current main musical outlet, Earth Minor, combines electronic synth textures and programmed beats with precisely executed live human instrumentation and voice, to deliver a heavy hitting message about the realities of our world.

With Harrison leading the band on Vocals, Keyboards, and Electronics, the rest of the group is made up of top live and studio musicians from the New York area, namely Matt McDonald on Guitar, Brady Watt on Bass, and John Czolacz on Drums.

Earth Minor’s debut album, Dark Matters was released in 2009 and is now available on the Downloads page as a special edition.  Earth Minor’s new album, Across The Atlantic In Record Time, was released worldwide on January 27, 2015 as a deluxe edition on Bandcamp, and also as a standard edition on all other major online music stores.